Posted at 17:53h in Blog by DarrenMaguire 0 Comments
0 Likes

It may be possible to relieve anxiety and depression solely by manipulating bacteria in the gut.
Psychobiotics are defined as live bacteria and their food (probiotics & prebiotics) which, when ingested, confer mental health benefits through interactions with commensal gut bacteria. Ninety percent of what we lug around with us is not human. It’s microbial, and it’s vital to our health, our moods, even the decisions we make. There are roughly 15 trillion cells in our body—and over 100 trillion bacteria, most of them in the gut and most of them supporting such essential functions as digestion, immunity, metabolism, even mental health in ways that are only now being understood. The body is an ecosystem of interdependent parts relaying messages to each other, explains Ted Dinan, a psychiatrist at the University of Cork, Ireland. So influential are the thousands of species of gut flora on health that Dinan aims to harness the power of microbes to treat depression. Recently, he coined a term for the live organisms in the gut that are psychoactive and of potential benefit to those suffering from a variety of psychiatric illnesses—psychobiotics. Not only can researchers now discern which strains of gut bacteria affect the nervous system, they can also map the exact pathways through which specific gut bacteria influence the brain. Although there are many preparations of bacteria now being marketed as probiotics, “the vast majority do nothing for us,” Dinan insists. “Most don’t make it past the stomach acid. But a few have enormous implications for the future of psychiatric medication.”
It’s long been known that the stress system is intimately involved in depression. People suffering from major depression frequently have elevated levels of the hormone cortisol, released in response to stress. In a recent study, a probiotic cocktail of Lactobacillus helveticus and Bifidobacterium longum was found to reduce cortisol levels. Many physiological and psychological processes associated with depression can be traced to a deficiency in the neurotransmitter GABA. Lack of GABA in the brain may bring on the negative ruminations long linked with depression. Researchers have identified gut microbes that actively secrete GABA. Chief among them are strains of Lactobacillus and Bifidobacterium. Interestingly, consuming raw dark chocolate leads to an increase in both bacterial families. The rich reservoir of polyphenols in chocolate acts as a prebiotic, enhancing the growth of beneficial bacteria already in the gut.
A number of microbes are capable of producing other neurotransmitters, such as norepinephrine, serotonin, and dopamine. Taking Bifidobacterium infantis as a probiotic, for example, alters levels of serotonin—just like Prozac. At MIT, a team of biologists has shown that a specific strain of Lactobacillus reuteri, delivered in either yogurt or in supplement form, improves mood, appearance, and general health by increasing levels of oxytocin, the hormone that kicks in when you cuddle, hug, or have sex. Other microbes act directly on nerve-cell receptors to influence brain states. Lactobacillus acidophilus—commonly found in yogurt, sauerkraut, and kimchi—improves the functioning of cannabinoid receptors in the spinal cord. The receptors are critical to regulating pain. “It might be time to start thinking about treating depression from the bottom up instead of the top down,” says neuroscientist Jane Foster of McMaster University, who leads a team studying depression. “The evidence is there that the brain is responding to the gut. Let’s make that the therapeutic pathway.”
B. infantis, L. reuteri, and several other strains of gut bacteria also work throughout the immune system by attacking inflammation, a hallmark of depression. The microbes also influence appetite, sending satiety signals to the brain by increasing levels of the hormone leptin and suppressing ghrelin. Psychobiotics affect the brain through several distinct pathways. The primary route is via the vagus nerve, a central conduit that relays messages from the intestines to the brain and touches many organs in between. Neurotransmitters produced by gut microbes activate the vagus nerve in specific ways, some by altering the neural response to reward. Lactobacillus rhamnosus, a strain of bacteria that reduces anxiety and depression, acts on the brain only via the vagus nerve. In the brain, it beefs up production of GABA receptors. Several strains of gut flora improve mood by way of the endocrine system, which is responsible for our response to stress. Some, like B. infantis and L. reuteri, work on the immune system, where they suppress proinflammatory cytokines. The L. helveticus and B. longum cocktail operates through the neuroendocrine system to lower cortisol. Further, it curbs inflammation. Some microbes are crucial digestively for fermenting fibrous food; the process yields short-chain fatty acids that enter the bloodstream and, once in the brain, regulate appetite. Therapeutic psychobiotics are a long way from reaching the market; still, it’s possible to unleash some of the power of microbes. There are active agents in yogurt that reduce anxiety and fear, studies show. Eating fermented foods—kefir, sauerkraut—also supplies psychobiotics. Take a cue from Stanford microbiologist Justin Sonnenburg, a pioneer in the therapeutic use of gut bacteria, who ferments his own kimchi. “These microbes,” he says, “could change public health.”
The Psychobiotic Revolution by Ted Dinan 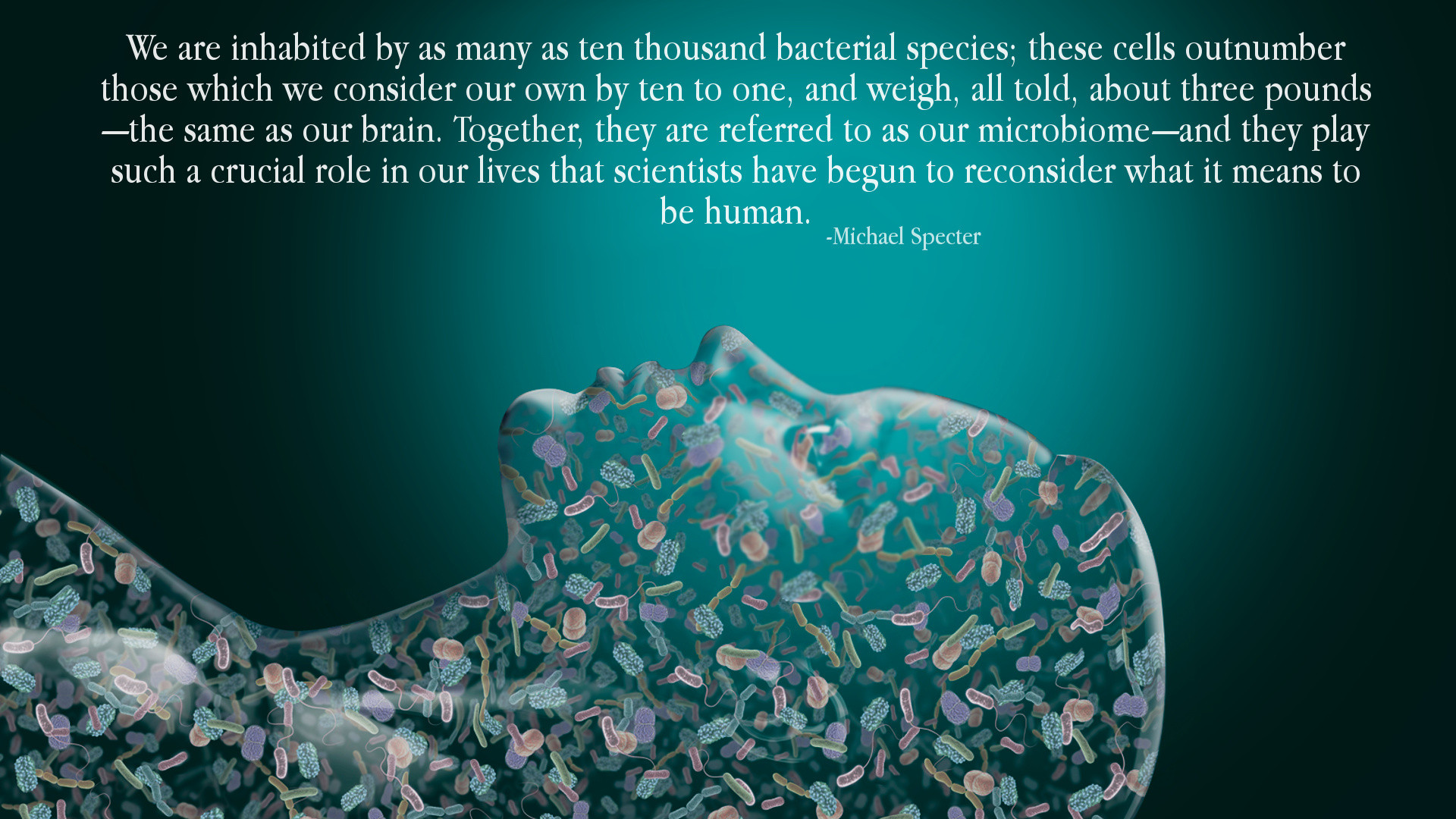 The Art, History & Science of Fermentation, Gut Microbiota & Psychobiotics Online & Onsite Course
The Art of Fermentation is now available as an online Course & single module onsite course at Plant Based Academy Dublin Ireland. This course is an advanced resource & guide on the art , history and science on psychobiotics.This course will teach you how to make your very own raw vegan organic sugar free nut and seed cheese,miso,tempeh, fruit yogurt, medicinal kombucha, herbal water kefir, pickled vegetables, seaweed sauerkraut & traditional kimchi. This online course is loaded with recipes, resources, tips about fermented foods, it is also loaded with informative online videos and scientific articles on Probiotics, Gut Flora, Gut Health and the link between healthy brain and healthy gut. If you want to improve your health, the health of other people, and improve your brain function, there’s one essential topic that you need to know. ( Probiotics, Prebiotics, Synbiotics & Psychobiotics )
By Purchasing this online course you will have permenant access to this important material so you can revise any time you wish. After Purchasing, you will recieve an email with your username and password which you will use to log into our members only area and access this incredible course. Upon completion of this course you will become an expert fermentationist equipped with the most up to date information about out the incredible workings of our microbiota and psychobiotics. Read more about our introduction to fermentation class at Plant Based Academy.