All saunas are a fantastic health tool to detoxify the body and to stimulate the lymphatic system, which is essential for health. The far infrared saunas have had much scientific research lately.

What is an Infrared Sauna? An infrared sauna is a sauna that heats a person or people using heaters that emit far infrared radiant heat. They are different to a normal sauna in that they do not use steam to heat the air. Rather, they use infrared radiation to directly heat the person. The infrared waves penetrate into the body, raising the body temperature. This causes sweating, which in turns eliminates wastes from the body. The infrared heat penetrates deep into pores and cleans out dirt and debris, as well as clearing the organs of toxins, and strengthening the immune system.

What Infrared Saunas can be used for? Infrared saunas can remove the accumulation of potentially carcinogenic heavy metals as well as alcohol, nicotine, sodium, and cholesterol. Wherever toxins accumulate, the blood circulation is blocked, due to the acidic nature of the toxins. The saunas expand the clogged capillary vessels and dissolve the toxins into the bloodstream where they then leave the body through sweat, urine, etc. As well as this amazing detoxification, infrared saunas can also be used to help with weight loss, cardiac problems, skin problems, acne, and many other health issues. They are also fantastic for relieving stress. Infrared saunas require 90 percent less energy than traditional saunas and also heat up much faster. The calories used during half an hour in an infrared sauna is more than what would be used by a person running for the same amount of time. A person with respiratory problems can use an infrared sauna, as the air itself is not heated like it is in a traditional sauna.

Benefits of the Infrared Sauna The infrared sauna has many health benefits including: 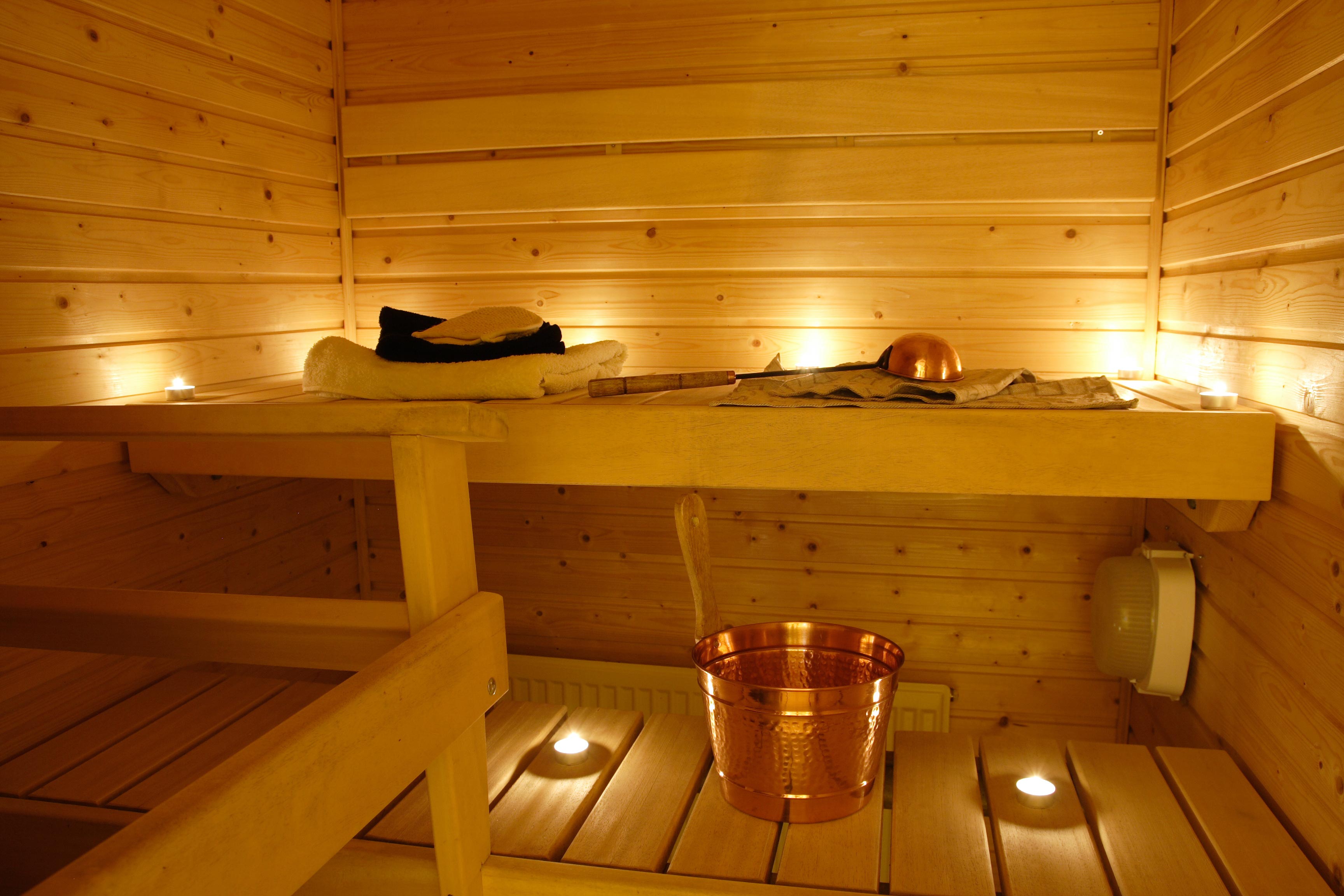 It was first observed in the fruit fly that when either isolated tissues or whole flies were subjected to a heat shock, new proteins, not detectable in unshocked cells, were made. Furthermore, other specific proteins that were present in unshocked cells were made in much greater amounts following a heat shock. Both of these categories of proteins were defined as heat shock proteins (Hsps). The synthesis of Hsps is a universal phenomenon, occurring in all plant and animal species studied, including humans. Hsps are also made by prokaryotic cells, namely the bacteria and archaea. The temperature at which heat shock proteins are induced varies depending upon the normal growth temperature of the species. For instance, fruit flies, normally grown at 25 °C in the laboratory, are heat shocked at 35–37 °C, whereas human or mouse cells are induced to make Hsps when the temperature is raised to several degrees above their normal body temperature of 37 °C, for instance 41–42 °C.  Heat Shock Proteins have been investigated in the study of cellular biology for a long time. Originally they were identified as proteins whose levels increase dramatically when cells are cultivated at elevated temperatures. Newer experiments gave insights that heat shock proteins are molecular chaperones, or proteins that help other proteins fold correctly while they are being synthesized, or to protect proteins that might unfold and thereby lose their active conformation during a stress event, such as thermal denaturation. It has been demonstrated that heat shock proteins and especially Hsp90 are overexpressed in human tumors, and therefore these chaperone proteins are recognized as an exciting new target for the treatment of cancer. In addition to playing an important role in response to proteotoxic heat shock and others stresses, Hsp90 is also critical for maintaining normal cellular homeostasis. Hsp90 isresponsible for ensuring the conformational stability, shape, and function of a selected range of key proteins, including many kinases and transcription factors. Hsp90 is involved in dealing with the cellular stress associated with malignancy, as well as being essential for a range of important oncogenic proteins, like ErbB2, Raf-1, Akt/PKB, and mutant p53. A major attraction of Hsp90 inhibitors is their potential to inhibit many cancer signaling pathways in parallel and thereby exhibiting broad-spectrum antitumor activity.88,89 First experimental evidence as well as a few pioneering clinical trials suggest that blocking Hsp90 activity results in a therapeutic advantage in the treatment of cancer.90 However, of major concern to investigators has been that, despite the fact that cancer cells can produce high levels of Hsp90, it is also abundant in normal cells. This could mean that drugs targeting Hsp90 might be unacceptably toxic. However, the first Hsp90 inhibitor, 17-allylaminogeldanamycin (17-AAG) has entered clinical trials with promising early results and has been well tolerated by patients. The drug seems to be targeting tumor cells in preference to normal cells. Hsp90 derived from clinical cancer biopsies has a 100-fold higher binding affinity for 17-AAG than Hsp90 from normal tissues.91 This binding affinity change is likely induced when Hsp90 associates with other chaperone proteins because Hsp90 is present in multichaperone complexes with high ATPase activity in tumors, whereas in normal tissues Hsp90 is present in a free state with low ATPase activity. The changes in affinity of Hsp90 in cells could be reconstituted in vitro. These biochemical changes detected in different cell types correlated with the cytotoxic activity of 17-AAG in cellular assays. As tumor cells gradually accumulate mutant and overexpressed signaling proteins, Hsp90 becomes engaged in stabilizing these proteins. As tumors become dependent upon these signaling proteins for their survival, they become dependent upon Hsp90 activity as well. This dependence, which is similar in principle to oncogene dependency, could make Hsp90 a specific target in tumors, despite its broad expression in all tissues.

Rhonda Patrick discusses how conditioning the body to heat stress through sauna use, called “hyperthermic conditioning” causes adaptations that increase athletic endurance (by increasing plasma volume and blood flow to heart and muscles) and muscle mass (by boosting levels of heat shock proteins and growth hormone).

Login
Accessing this course requires a login. Please enter your credentials below!
Lost Your Password?