Posted at 15:11h in Blog by DarrenMaguire 0 Comments
0 Likes

Narcissistic Personality Disorder (NPD)
Otto Kernberg’s description of the pathological narcissistic individual centers around a set of paradoxes: self-inflation existing alongside a limitless need for praise, a charming and engaging surface covering a ruthless interior, and a persona of self-sufficiency defending against underlying feelings of intense envy . For Kernberg, the diagnosis of the narcissistic character also depends on the quality of the person’s object relations and the pattern of his or her intrapsychic defenses. Narcissistic individuals experience their relationships with others as exploitative and parasitic. They divide the world between those who contain something that they can extract and those who do not. They distinguish between extraordinary people on the one hand – in association with whom narcissistic individuals experience a sense of greatness themselves – and mediocre or worthless people on the other. Narcissistic individuals idealize the former and are contemptuous of the latter. Yet those they idealize they also fear, as they project onto them their own exploitative wishes and experience them as potentially attacking and coercive. They thus are unable to rely on any object and fear dependence on another person, rendering all their object relations empty and dissatisfying.
Like the borderline character, Kernberg’s narcissistic individual uses primitive defenses of devaluation, projective identification, omnipotence, and primitive idealization in his or her efforts to preserve self-esteem and self-coherence and to combat the intense feelings of envy and rage that threaten to undermine them. The narcissistic individual is distinguished from the borderline individual by his or her sense of object constancy, better impulse control, and better social and professional functioning, although these too may be fragile and hollow beneath a surface of apparent solidity. Although splitting as a defense is found in narcissistic pathology, its use is less prominent than in borderline pathology.
The grandiose self further differentiates the pathological narcissist from the borderline personality. In Kernberg’s theory, the grandiose self represents a pathological fusion of the ideal self, the ideal object, and the real self. It is a defensive structure designed to maintain self-admiration and avoid dependence on any real object by effectively eliminating a need for it from intrapsychic life. Although often toxic in its effects on interpersonal relationships, the grandiose self serves to maintain the narcissist’s otherwise tenuously coherent sense of self.
Criteria for NPD
1) Grandiose sense of self importance
2) Fantasies of success and power
3) Believes self to be special and unique
4) Requires excessive admiration, adoration (Tribute)
5) Sense of Entitlement
6) Interpersonally exploitative
7) Lacks empathy
8) Envious of others at the cost of intimacy with anybody
9) Shows arrogant, haughty behaviors/attitudes 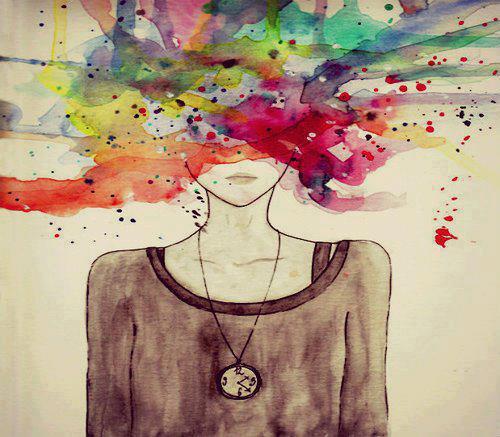 Are you or someone you know living with borderline personality disorder? It’s possible if at least five of the following symptoms are present:
1) Extreme reactions to the idea of abandonment, such as panic, depression, rage, or frantic actions
2) A pattern of intense and stormy relationships with family members, friends, and loved ones
3) A distorted and unstable self-image or sense of self
4) Impulsive and often dangerous behaviors, such as spending sprees, unsafe sex, substance abuse (drugs and/or alcohol), reckless driving, and binge eating
5) Recurring suicidal behaviors or threats or harming oneself, such as cutting, hitting, or head banging.
6) Intense and highly changeable moods, with each episode lasting from a few hours to a few days
7) Chronic feelings of emptiness and/or boredom
8) Inappropriate, intense anger or problems controlling anger
9) Having stress-related paranoid thoughts or strong feelings of being cut off from oneself, observing oneself from outside the body, or losing touch with reality.
Working with Personality Disorders at Trauma Recovery Institute
Trauma Recovery Institute offers unparalleled services and treatment approach through unique individual and group psychotherapy. We specialise in long-term relational trauma recovery, sexual trauma recovery and early childhood trauma recovery. We also offer specialized group psychotherapy for psychotherapists and psychotherapy students, People struggling with addictions and substance abuse, sexual abuse survivors and people looking to function in life at a higher level. Trauma recovery Institute offers a very safe supportive space for deep relational work with highly skilled and experienced psychotherapists accredited with Irish Group Psychotherapy Society (IGPS), which holds the highest accreditation standard in Europe. Trauma Recovery Institute uses a highly structured psychotherapeutic approach called Dynamic Psychosocialsomatic Psychotherapy (DPP) with an added focus on Transference as with transference Focused psychotherapy mentionaed above. This is a highly effect treatment approach with positive treatment outcomes for people suffering with personality disorders.